For those seeking to invest according to one of the greatest north star’s in the equities world, look no further than Warren Buffett stocks to buy for a bear market. Known as the Oracle of Omaha, Buffett is the chairman and CEO of Berkshire Hathaway (NYSE:BRK.A, NYSE:BRK.B), an American multinational conglomerate holding firm. Given his expertise, many investors look to what Berkshire adds to its portfolio to guide their own decisions.

Now, let me be perfectly clear about something: you should always conduct your due diligence before embarking in any investment decision. That goes for Warren Buffett stocks or any other investing category. Remember that no one perfectly navigates the storm – not even close. That said, following Buffett (and more specifically the Berkshire picks) makes sense because the man has seen it all.

Indeed, when Buffett speaks, everyone listens, irrespective of whether they’re believers or naysayers. The ramblings of self-professed market experts is akin to YouTube doomsday prepper content: no one has lived through the collapse of the U.S. so it’s difficult to say what works and what doesn’t.

However, Warren Buffett stocks are in a different league because they’re tied to a philosophy commanding decades of success.

In May 2020, New York Times columnist Andrew Ross Sorkin noticed a change in the Oracle of Omaha’s tone. While typically optimistic and cheerful, two years ago, Buffett carefully expressed his long-term bullishness with the caveat that investors needed to be careful. As Sorkin put it, Buffett was neither optimistic nor pessimistic but rather realistic.

I think that sets up the case for Chevron (NYSE:CVX) very well as one of the Warren Buffett stocks to buy for a bear market.

With Berkshire bolstering its ownership of CVX, the legendary investor stayed true to his pragmatism. Yes, the political framework has decidedly pivoted to clean and renewable energy infrastructures. Further, Russia’s invasion of Ukraine has sparked a global fast-tracking of wind and solar initiatives. Still, fossil fuels reign supreme for now because of their high energy density.

Unfortunately from the perspective of environmental advocates, hydrocarbons are not going to lose their relevance for years if not decades. Therefore, CVX is one of the smartest Warren Buffett stocks to buy. 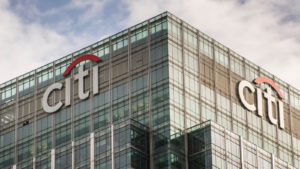 When Berkshire initiated a new stake relatively recently in banking giant Citigroup (NYSE:C), I was a bit surprised. For one thing, Citigroup has not performed well in the market, shedding 20% on a year-to-date basis. More critically, the fundamentals of the moment seem to challenge C stock.

True, all other things being equal, a rising interest rate environment helps banking firms. Theoretically, banks will benefit from the lending products they distribute to clients. Of course, the problem is that in a recession, business sentiment is negative. And increasing borrowing costs is not going to help the matter.

Nevertheless, Citigroup could be a contrarian name among Warren Buffett stocks to buy for a bear market because of its wealth management business. For instance, with baby boomers recognizing that the environment for cheap capital is over, they’ll want expert guidance – not BS guidance from YouTube luminaries – to help them navigate troubled waters. 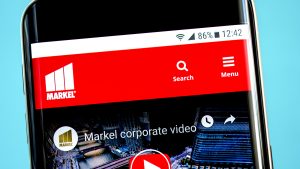 One of the small joys of covering Warren Buffett stocks to buy is that they’re not necessarily predictable. Admittedly, if you’ve followed the Oracle over the years – or read books written about his investing philosophies – you have a good idea of what to expect. But sometimes, he’ll throw an unusual name out there like insurance firm Markel (NYSE:MKL).

It’s not so much about insurance that’s interesting; it’s one of the oldest industries, actually. Rather, Markel specializes in a sector subsegment that focuses on providing solutions for unusual or difficult-to-classify risks. For instance, it might provide coverage for companies that feature an unusually high workplace injury profile.

Among its top sectors are medical services, equine and livestock, sports and fitness and marine-based small businesses. While MKL might appear to be a niche sector, the reality is that such unusual risks can expand because of the gig economy. With more people interested in working for themselves, Markel is an intriguing idea. 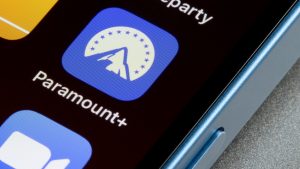 Another name among Warren Buffett stocks that likely raised eyebrows is Paramount Global (NASDAQ:PARA). Let’s be honest. Given that shedding 20% peak-to-trough is commonly considered the start of a bear market, the loss of 17% in the S&P 500 suggests we’re well underway in a downturn. Under such circumstances, households dump what they don’t truly need.

You’d think a content entertainment platform would be one of the things jettisoned. Indeed, what adds to the PARA intrigue is Netflix (NASDAQ:NFLX). Seemingly everybody was singing its praises until it lost a staggering 68% YTD in the market. Why then would PARA be any different?

While I can’t speak authoritatively about the motivations of all Warren Buffett stocks, Paramount might come down to value. The company enjoys strong profitability margins and against a basket of fundamental gauges, Paramount Global is considered modestly undervalued.

PARA could also benefit from the cheap respite thesis in that consumers in a recession will want a distraction from the stress. Paramount’s platform could offer just that. 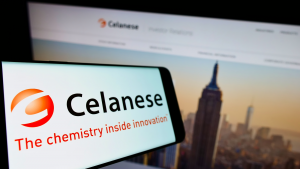 Arguably, Celanese (NYSE:CE) fits the stereotypical profile of a stock the Oracle would buy. A chemicals and specialty materials provider, Celanese is incredibly boring but also incredibly relevant and necessary. These are the key attributes investors ought to look for when considering ideas against the backdrop of a bear market.

While CE might go ignored even among those that follow Warren Buffett stocks to buy, what makes the underlying company interesting is its products and applications cover a range of industries, from the mundane such as adhesives to the revolutionary such as autonomous and connected vehicles.

In other words, Celanese is much like selling tickets to the game rather than betting on the over-under for a particular matchup. You might not know the outcome of the tournament but you know that it will be big. Under this context, CE is a perfect hedge. And it’s no shocker that it’s also one of the Warren Buffett stocks to buy for a bear market. 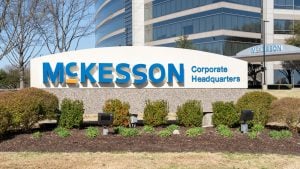 Representing one of the newest stakes for Berkshire Hathaway, McKesson (NYSE:MCK) is one of the strongest Warren Buffett stocks to buy for a bear market. A pharmaceutical and medical supply company, McKesson is a clear beneficiary of the gradual return to normalization.

Back when the Covid-19 crisis was in full swing, the Centers for Disease Control and Prevention noted that an “estimated 41% of U.S. adults had delayed or avoided medical care including urgent or emergency care (12%) and routine care (32%).” Now that fears of the SARS-CoV-2 virus are fading, more people are willing to undergo medical treatment, which should boost McKesson.

As well, the Washington Post reported that after a two-year hiatus, people were returning to the dentist’s office. Getting regular checkups is one of the best ways to maintain your overall health so more folks will likely get back on the wagon. This too bolsters the narrative for MCK stock.

As a consumer technology firm, Apple (NASDAQ:AAPL) is very much tied to the discretionary sector, which poses risks. Again, should we enter an economic downturn, households will jettison products and services they don’t need. While Apple iPhones are arguably the best in class, cheaper alternatives exist. Moreover, customers might not be as willing to upgrade their devices during a recession.

Still, AAPL remains one of the Warren Buffett stocks to buy. As the man himself stated not too long ago, he likes Apple’s share repurchases as an effective use of cash. Beyond that, the company has tremendous brand cachet. True, a bear market makes this narrative tricky. Nevertheless, it’s going to be difficult for people to part with their Apple products.

Another factor that might be drawing Berkshire’s interest is that the company isn’t just a manufacturer of desirable goods but also a provider of a powerful and convenient digital network. With each Apple device connected to a broader whole, the underlying company makes a case for permanent relevance.

On the date of publication, Josh Enomoto did not have (either directly or indirectly) any positions in the securities mentioned in this article. The opinions expressed in this article are those of the writer, subject to the InvestorPlace.com Publishing Guidelines.

The post 7 Warren Buffett Stocks to Buy for a Bear Market appeared first on InvestorPlace.

Sun Jul 3 , 2022
An import and export consultancy organization, Worldwide Trade Advisory Providers Constrained on Wednesday highlighted gaps in Nigeria’s import and export trade strategies. This is even as it proffered answers that assist mitigate these types of gaps and lessen losses for the two government and buyers associated in the cargo logistic […]